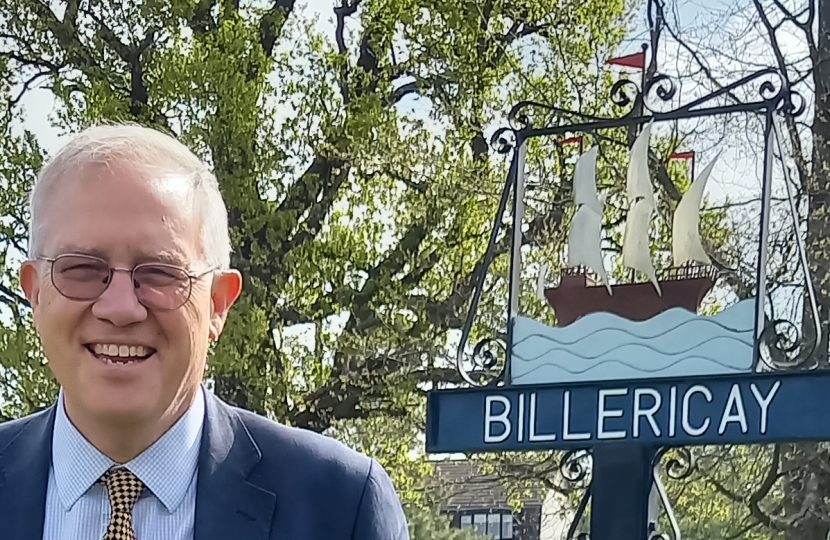 John Baron is the Member of Parliament for Basildon and Billericay. Born in 1959, John is married with two daughters. His interests include history, theatre/film and financial journalism. After a state education, he finished his sixth form studies at Queen’s College, Taunton.

After a gap year traveling, John studied Law and Social & Political Sciences at Cambridge. He then joined the Army and The Royal Regiment of Fusiliers. After Sandhurst, he served on a number of tours and postings including Berlin, Northern Ireland and Cyprus, before finishing in Germany as the Battalion Operations Officer.

On leaving the Army, he entered the City and ran a wide range of portfolios for charities and private clients as a Director of Hendersons and then Rothschild Asset Management. He remains a member of the Chartered Institute for Securities and Investment (CISI).

Since leaving the City, he has assisted charities to monitor their fund managers. He also writes a monthly column for the Investors Chronicle magazine (donating his fee to charity), regularly speaks at financial seminars, and has written the ‘FT Guide to Investment Trusts’. He is also a Director of Equi Ltd, which runs an Investment Trust website, and is the chair of the Investment Committee at Baron & Grant, which specialises in managing investment trust-focused portfolios.

John was the Conservative Parliamentary candidate in Basildon in 1997, and was elected as the Conservative MP for Billericay and District in 2001, serving on Parliament’s Education Select Committee before becoming a Shadow Health Minister in 2002. However, he resigned from the Shadow Front Bench in 2003 in order to vote against the Iraq war.

He was subsequently re-appointed as a Shadow Health Minister with responsibilities including cancer services. He moved from Health to join the Opposition Whips’ Office in the summer of 2007. In 2010, he left the Whips’ Office, turned down a Cabinet PPS position, and stood for election as Chairman of the Foreign Affairs Select Committee, of which was a member 2010-2017. He is the chair of the British Council All-Party Parliamentary Group.

John was chosen as one of the BBC’s Parliamentarians of the Year for 2013/2014 for his role in the vote against military action in Syria and for his work on the EU referendum campaign. In 2021, his longstanding views on Afghanistan were recognised by Conservative Home.

To read more about John’s interests and campaigns in Parliament, please visit the Campaigns page.